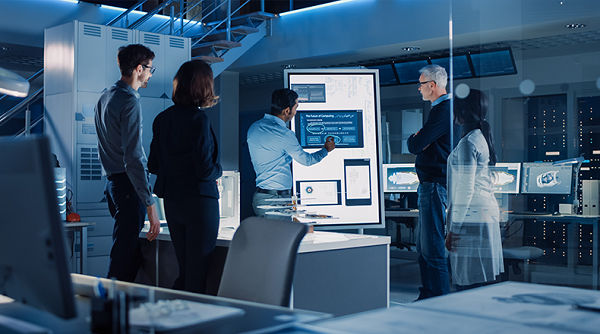 The robots are most definitely coming. You may have already read about robots replacing the human workforce or them being the next big tech disruptor. Their impending arrival may also cause you some concern. The reality is that eventually, robotic technologies will affect every industry and that need not cause anxiety. Technology’s core mandate should be to create efficiencies, optimise resource allocation and ultimately free the human workforce to concentrate on cognitive tasks. Ideally those that are mentally stimulating and engaging. Robotic Process Automation(RPA) has the potential to realise that mandate for companies.

RPA is the name that’s been given to the general application of software which is configured by a company to act robotically. Performing repetitive predictable tasks which often involve capturing and interpreting existing applications; processing transactions, manipulating data, triggering responses and communicating with other digital systems. RPA is not necessarily a new offering. Banks for example, have been using this technology selectively for many years now. Long before it was given its current commercial alias. Improvements in the technology though now mean more is possible.

Companies naturally look to robotic technologies to reduce costs, improve quality and increase throughput and efficiency. Importantly, better quality means more satisfied customers and less penalties from any potential regulators for human error. However that need not be a negative thing for the workers whose jobs may be consequently lost. The introduction of robotic technologies represents an opportunity for enterprises to repurpose their workforce. Moving them into more intellectual stimulating, enjoyable roles with the correct amount of training or ‘up-skilling’.

We have all heard horror stories of an incorrectly keyed bank transfer, paying millions of pounds in to the wrong account – as a consequence of a human operator incorrectly putting an extra zero, in the wrong place. Such examples aren’t all that rare. The work and resource required to correct them and the fines imposed for such mistakes are generally very large and costly. So it makes complete sense for companies to want remove human error from the equation, using technologies like RPA.

“RPA represents an opportunity for enterprises to improve quality, reduce costs and focus their human workforce on stimulating, satisfying responsibilities”

The potential application of Robotic Process Automation as the technology advances is far reaching. As long as a business task is predictable, repetitive and rule based it can in theory benefit from RPA. If you look at the role of a telephone based, customer service agent for example. Imagine instead, what a robot agent with IVR (intelligent voice recognition) could do comparably; Answering calls, directing them to the correct team, confirming identity via security questions or ‘actioning’ appropriate workflows. All based on configuration and rule sets. As a result, a business could answer many more calls which in turn could lead to more satisfied customers. No more frustrating call queues or annoying hold music.

So how do software robots or agents achieve this?

The answer is, once configured to execute a workflow they will follow it without exception. No holidays, no sickness and no mistakes. 24 hours 7 days a week if required. That’s not to say they are issue free. Existing resources can however monitor their work and intervene as required. Handling issues with more complex work items which require cognizance to resolve. In the future robots with greater AI capabilities will be able to learn (or be trained) on how to deal with these exceptions and make correct decisions – based on complex business rule sets. Once these tools become more widely adopted, we should start to see companies looking for staff with experience in implementing, configuring, managing and working with them.

Robots need not be a foe. The human workforce will inevitably evolve to manage and work alongside their digital colleagues. Being freed from boring tasks in the process.